At MyoMuscle we often get our gym members and supplement fans asking us questions like: what is creatine? What does creatine do? What are the benefits of using creatine? In this short blog we are going to take a look at some of the scientifically proven benefits of creatine so that you can educate yourself and avoid the ‘bro science’ found in gym changing rooms!

Creatine is a naturally occuring nitrogenous organic acid which is formed in protein metabolism. Creatine can be found naturally in much of the living tissue in the body. However, creatine is commonly found in the highest concentrations in muscle tissue and the brain.

What Does Creatine Do?

The main role of creatine is to supply energy for muscular contraction.

What Are The Benefits of Using Creatine?

Studies have shown that regular creatine supplementation has many performance benefits…

During intense anaerobic exercise (exercise without oxygen) ATP is broken down to produce energy. However, the rate of ATP re-synthesis is limited by phosphocreatine reserves in the body. When you regularly supplement with a quality creatine supplement you increase the phosphocreatine reserves in your body. The result is muscle cells which can produce more energy. Increased energy results in increased power, strength and endurance!

Bigger Muscles In As Little As 5 Days…

Certain forms of creatine are known to have a cell volumizing effect. For example, creatine monohydrate is known to increase the intracellular water content of muscles. The result is well hydrated muscles which perform better and appear bigger! Taking creatine for as little as five to seven days has been shown to significantly increase lean body weight and muscle size. In one study those using a creatine supplement gained an average of 4.4lb (2kg) of muscle mass MORE than those who didn’t use creatine in a 6 week period!

Creatine Is Not Just for Muscle Growth…

Studies have shown that creatine isn’t only beneficial to those trying to build bigger muscles. Creatine can also increase various factors which improve performance including: resistance to fatigue, recovery, sprint speed, ballistic power, strength and muscle endurance! Even better a study in the European Journal of Applied Physiology demonstrated that regardless of existing ability levels all individuals significantly benefited from creatine supplementation. 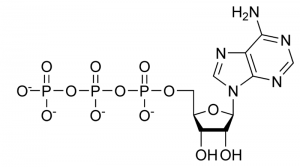 With the following benefits in mind it isn’t hard to understand why scientists such as Boford et al (2007) claimed that creatine is the world’s most effective supplement for adding muscle mass! Creatine is now more affordable than ever and something that any serious athlete should consider supplementing. If creatine sounds like the supplement for you be sure to check out our MyoGRO4 V2 product which is currently on special offer for just £19.99! We know once you try it you’ll love it!